In 1991, a brash new college graduate was working at Edwards Air Force Base, when he heard that space shuttle Endeavour was flying out of Palmdale. A borrowed zoom lens and a motivated carpool later, on an April morning he snapped this photo: 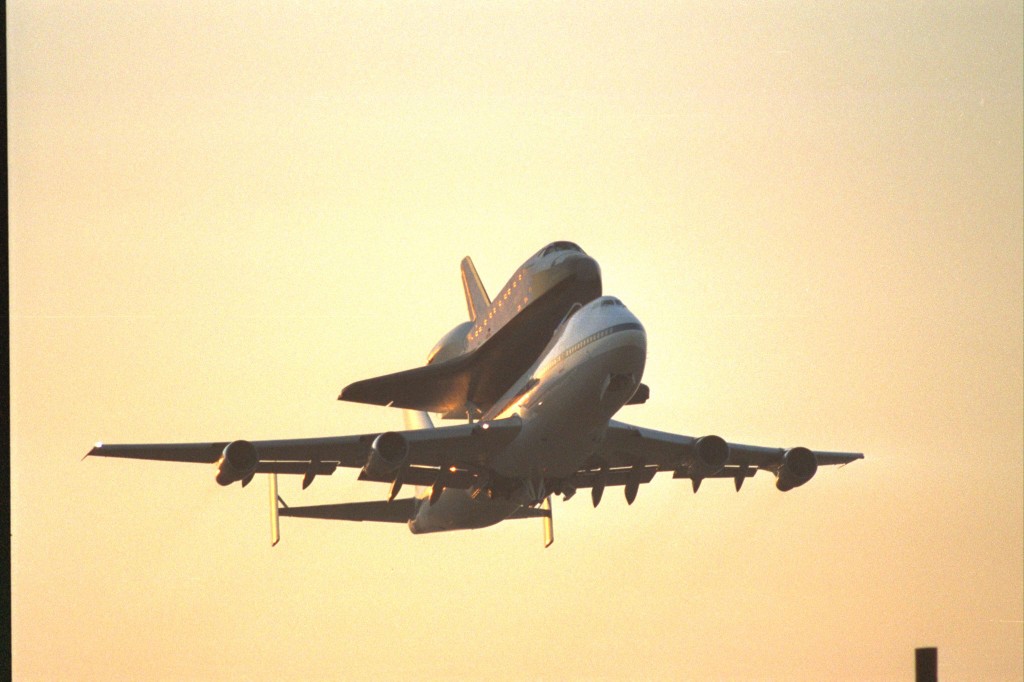 (Also, since that was back in the stone ages, that youngster had to have the film developed and await Kodak’s Photo CD service to turn his negatives into a digital image that was 3072×2048 pixels, huge for the time)

Fast forward 21 years, and Discovery is set to retire. That same (formerly) brash college graduate walks outside his office along with a bunch of others, and snaps this photo: 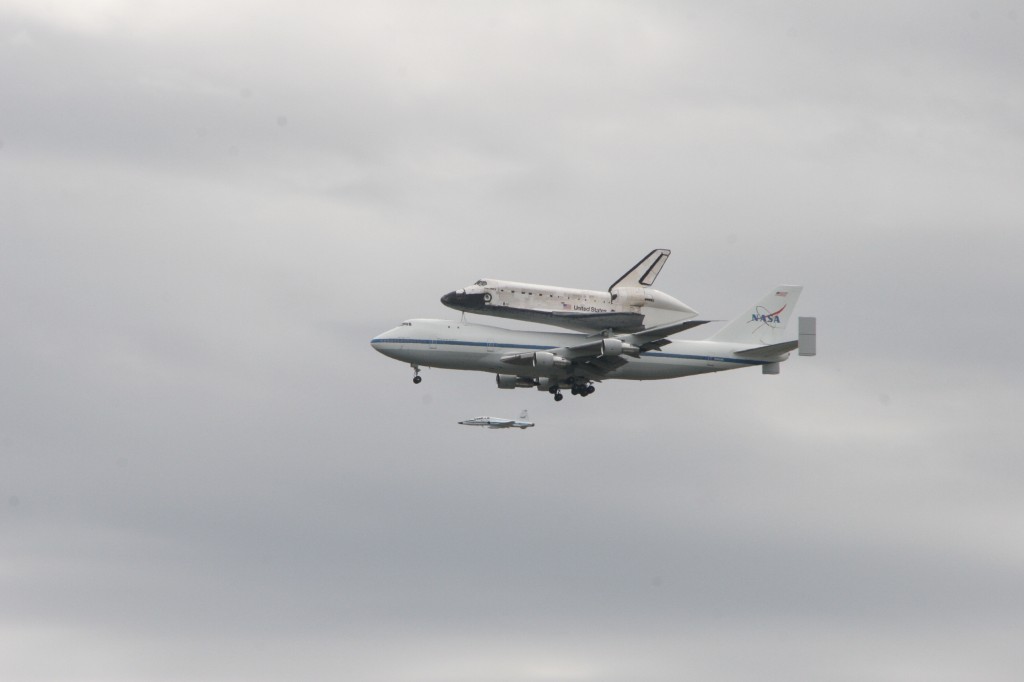 This entry was posted in Cool Pictures, My Past. Bookmark the permalink.